The Opening Ceremony was the most magical and wonderous celebration which seamlessly and effortlessly took spectators and 3.7 billion TV viewers in 220 countries on a cultural journey from the moment Steve Jeffreys galloped into the Stadium on his Australian stock horse “Ammo”, through until the flaming Olympic cauldron was mounted into place high amid a gushing waterfall at the northern end.

Over the magnificent four hour spectacle involving 12,600 performers, we were mesmerised by the kaleidoscope of colour, the sensuous vision of creative art and abstract props, the vocal splendour of choirs, bands and singers, the energetic artistry of a myriad of dancers, the graphic celebration and contribution of our indigenous nations, before the unveiling of over 10,000 athletes and team officials from a record 199 participating countries. 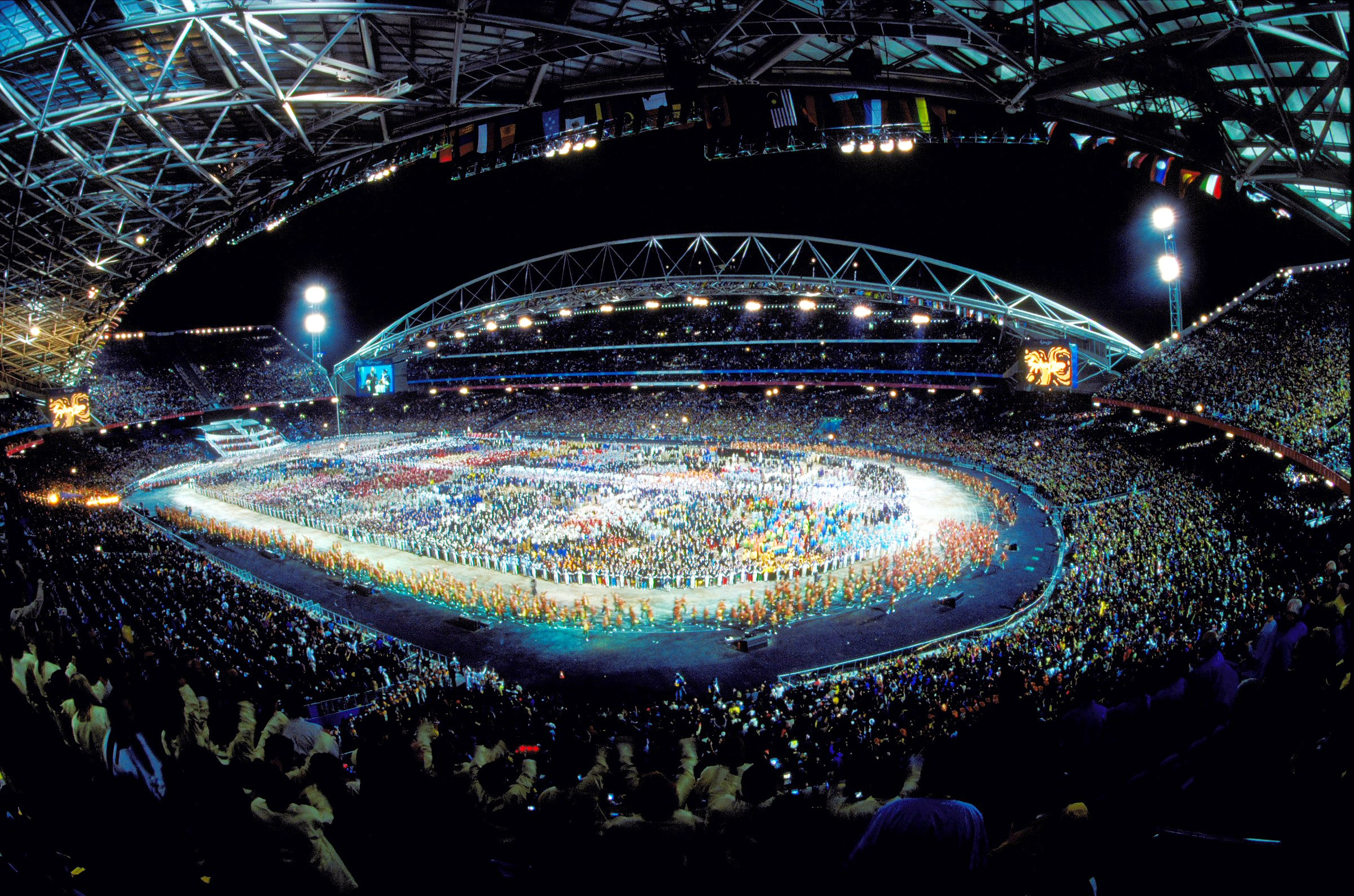 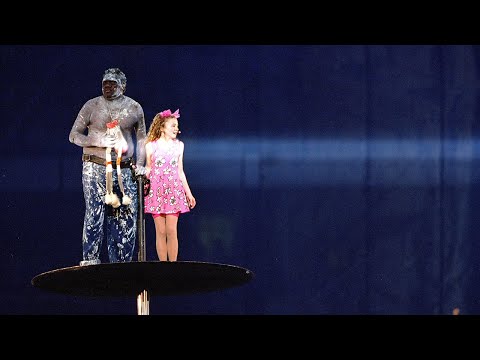 In short, it was a triumph of the highest order and set the perfect platform for what IOC President, Juan Antonio Samaranch later described as the “The Best Games Ever”.

The Ceremony was an Australian tableau featuring a seven-episode cultural celebration based on the themes of Deep Sea Dreaming, Awakening, Fire, Nature, Tin Symphony, Arrivals and Eternity which represented the fabric of Australian society. 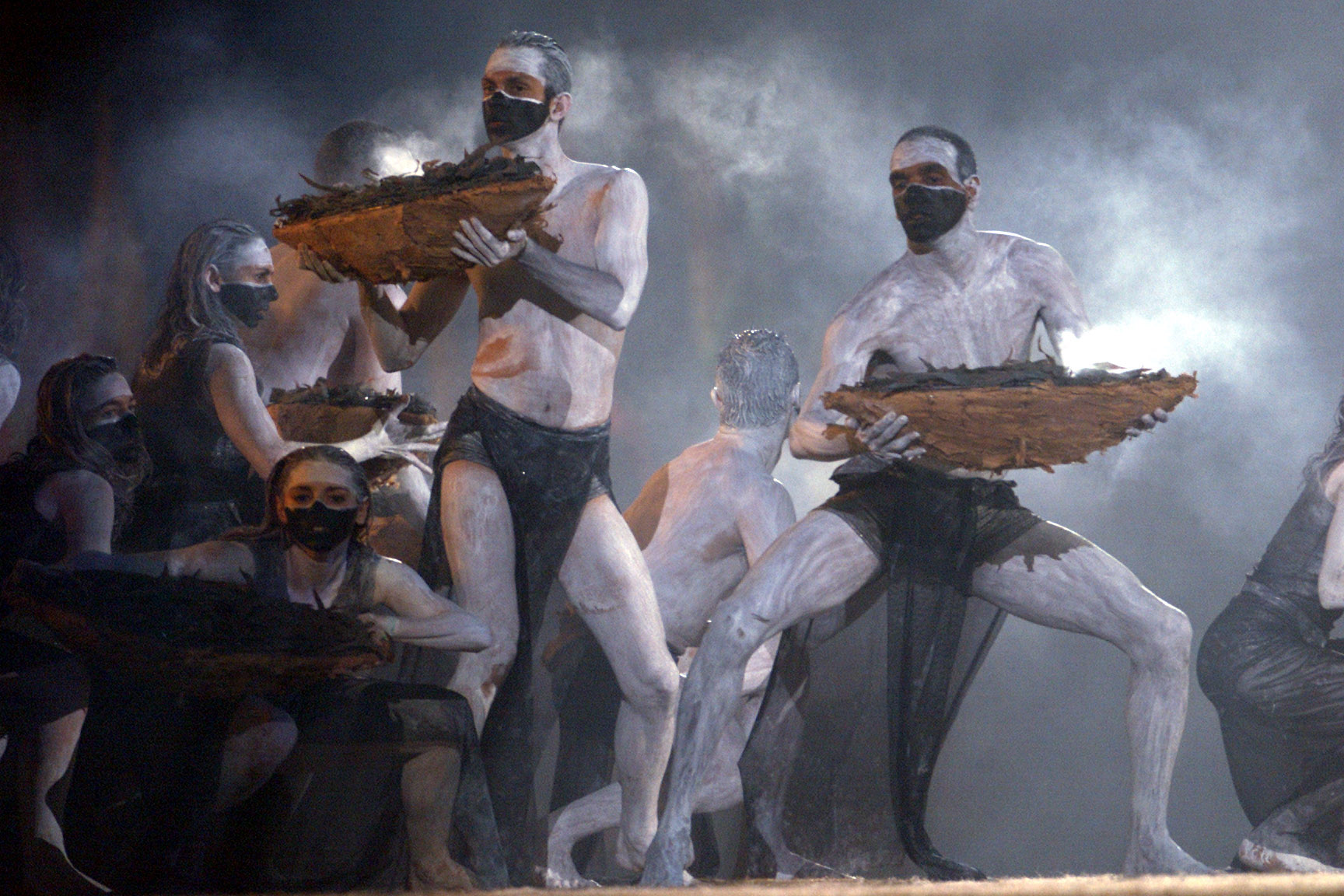 The Parade of Nations was again led by Greece and commenced a procession of excited athletes, many in traditional homeland garb. At the tail was the host nation Australia, led proudly by a beaming flag bearer in Andrew Gaze. 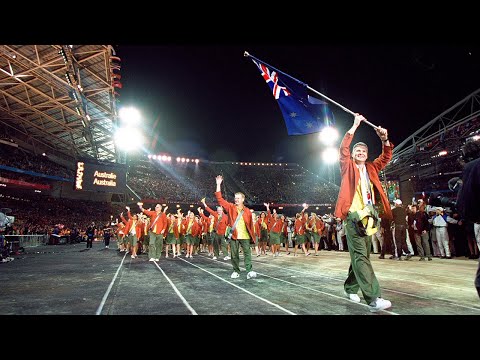 Poignantly, we witnessed the arrival of North and South Korean teams walking side-by-side under the flag of the Korean Peninsula, while four men and women dressed in white from strife-torn East Timor, marched behind the Olympic flag because they did not have their own flag at the time. 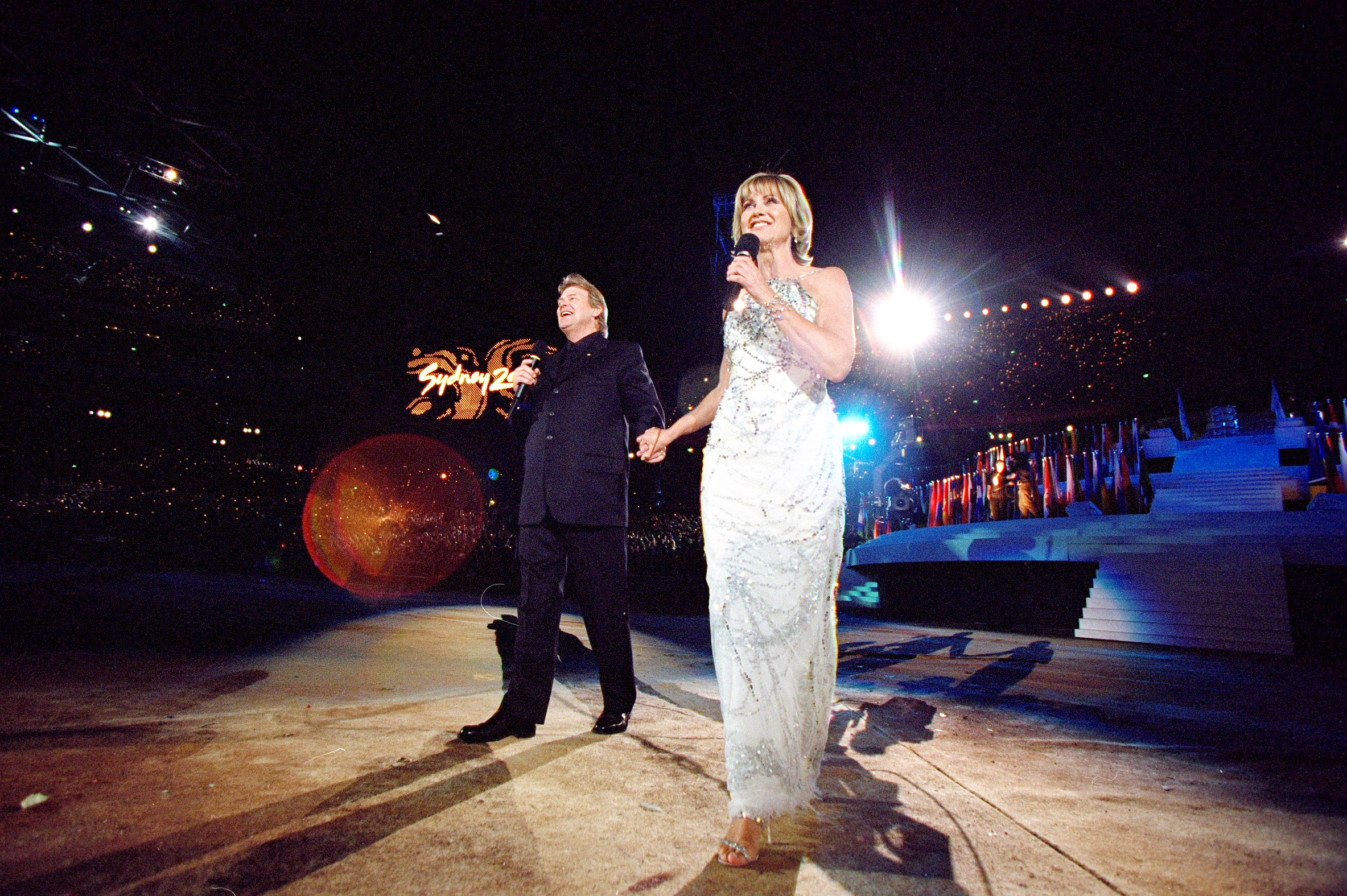 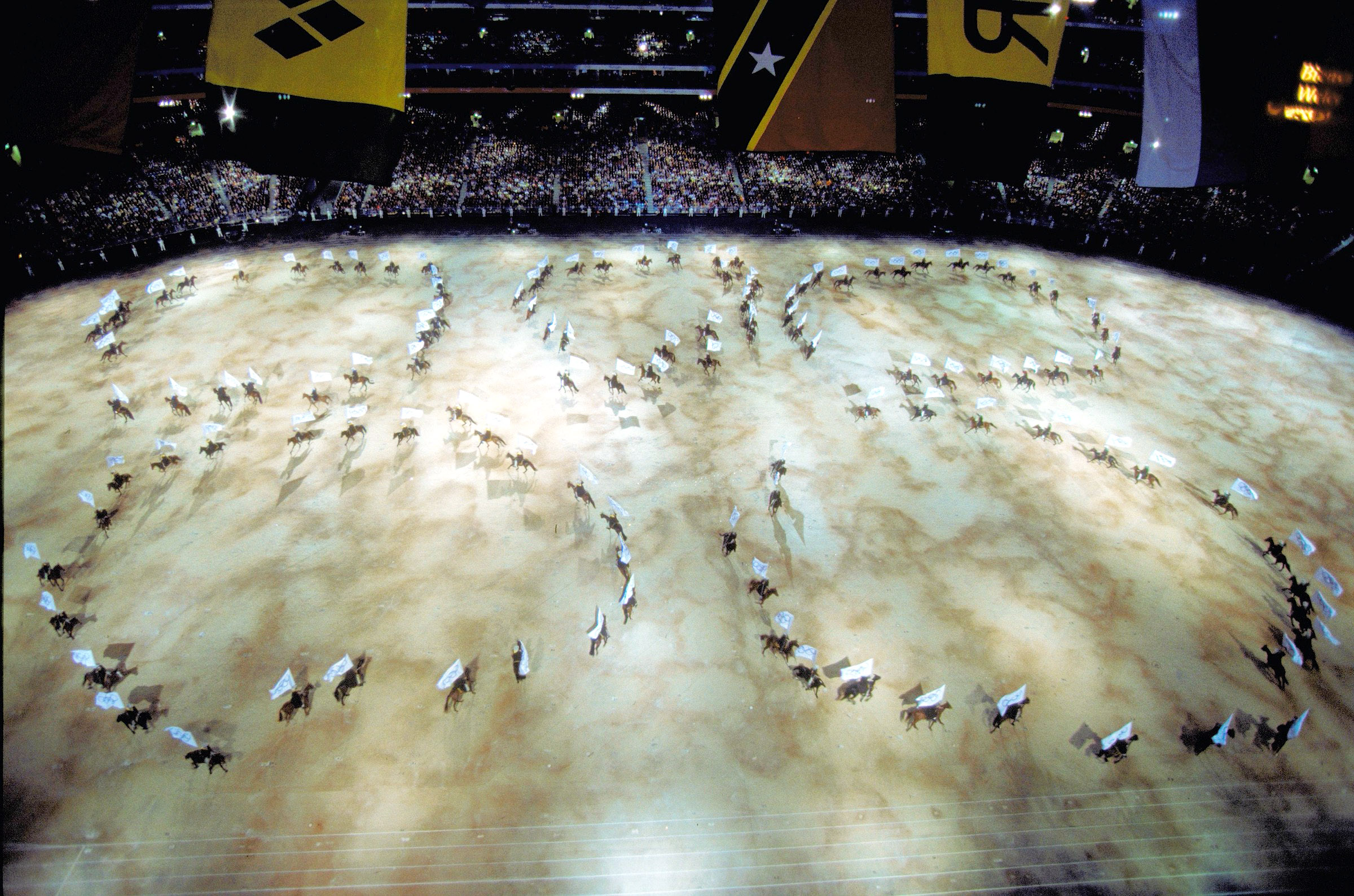 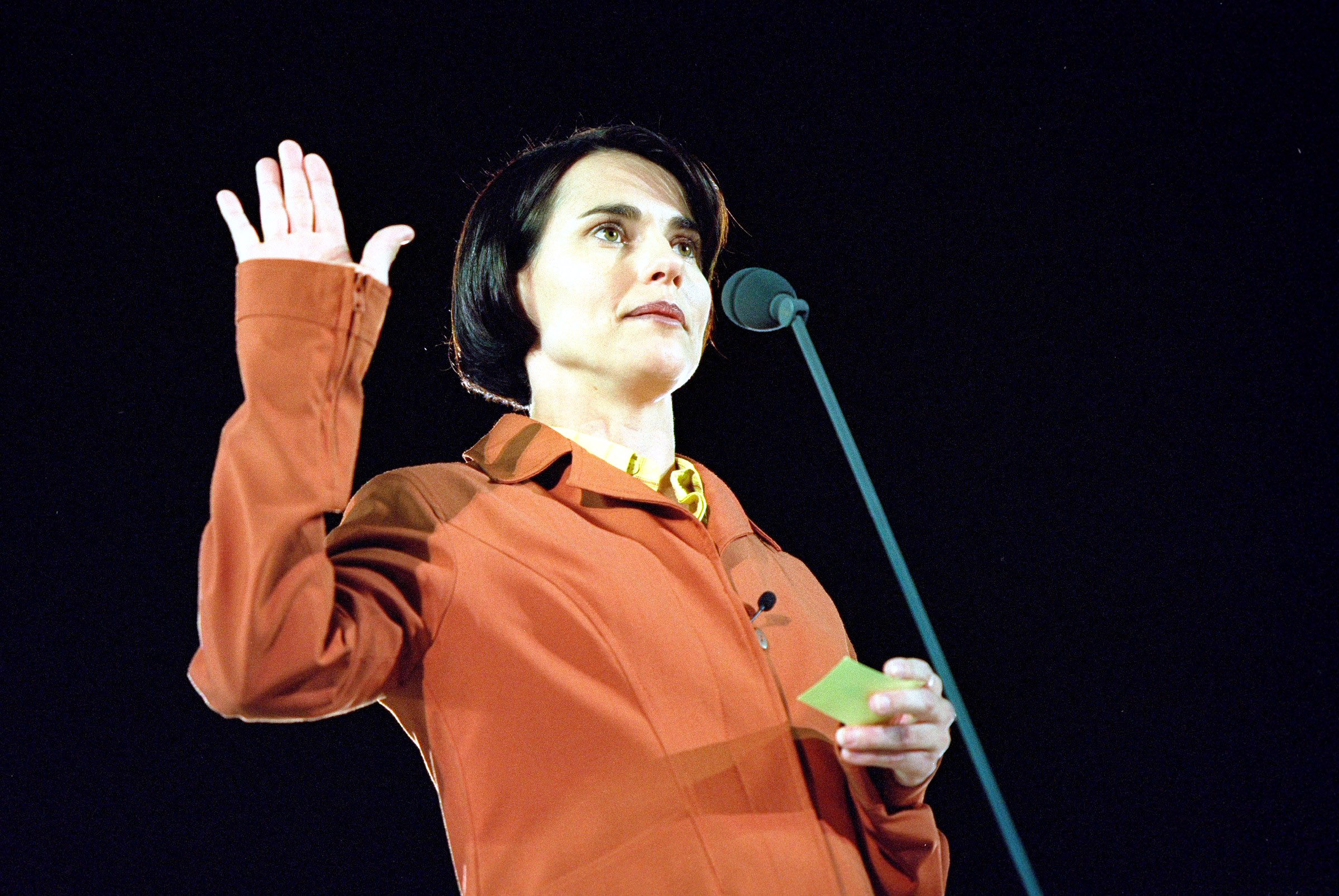 Then, celebrating 100 years of women’s participation in the Olympic Games, 1960 Rome gold medallist Herb Elliott brought the Olympic Flame into the Stadium and handed it over to Olympic champions and medallists, Betty Cuthbert and Raelene Boyle, before Dawn Fraser, Shirley Strickland de la Hunty, Shane Gould and Debbie Flintoff-King paraded the Olympic torch around the stadium until she handed it over to Cathy Freeman. 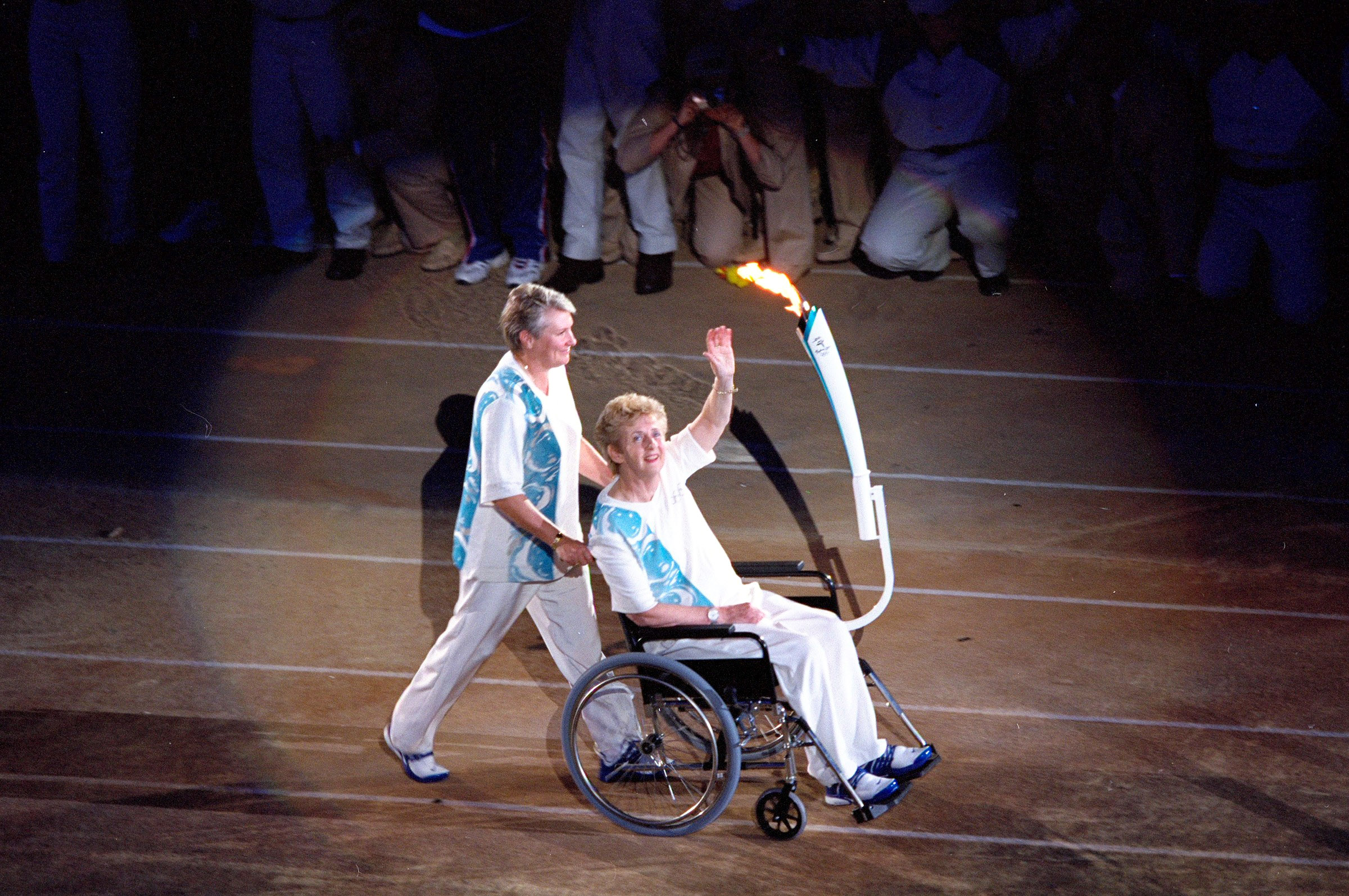 Then, in a climactic moment after a torch relay lasting 100 days in Australia where the torch passed through 11,000 pairs of hands, Freeman climbed a long set of stairs towards a circular pool of water. She walked into the middle of the reflective water, leant forward and ignited the cauldron around her feet creating a blazing ring of fire. 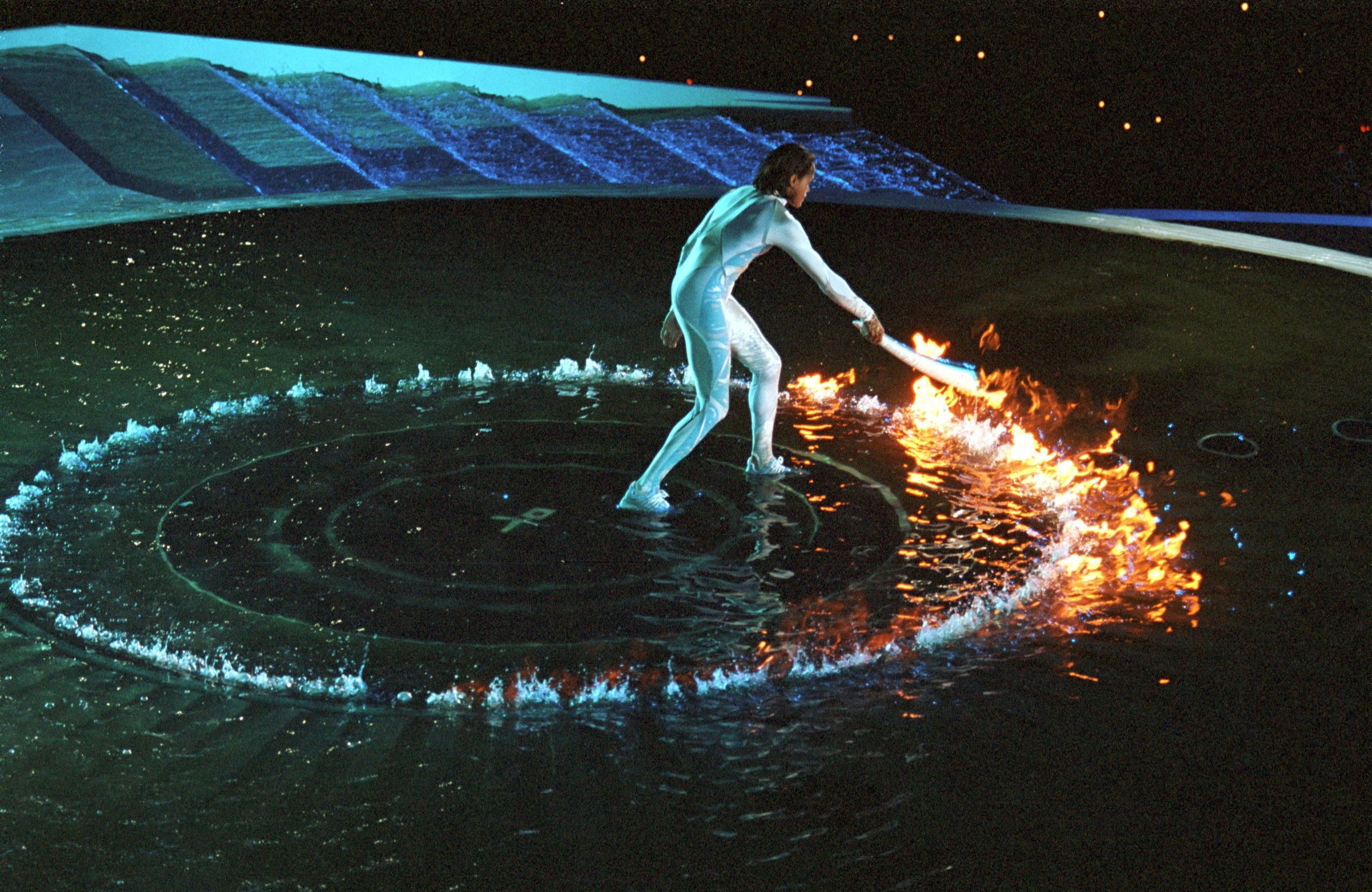 The cauldron then rose out from the water, above Freeman’s head, and then elevated up a long waterfall, where it reached its final resting place, high above the stadium before a spectacular display of fireworks burst across the darkened sky. 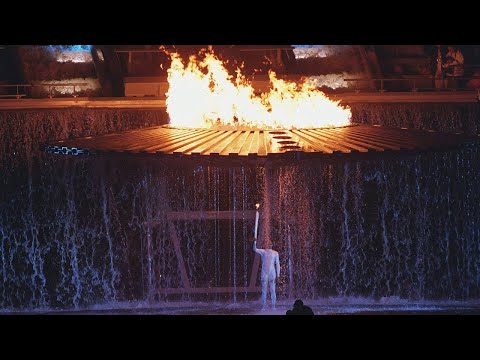 Not even an agonising wait before the hydraulic arm eventually hoisted the cauldron into place could undermine the best-ever Opening Ceremony. 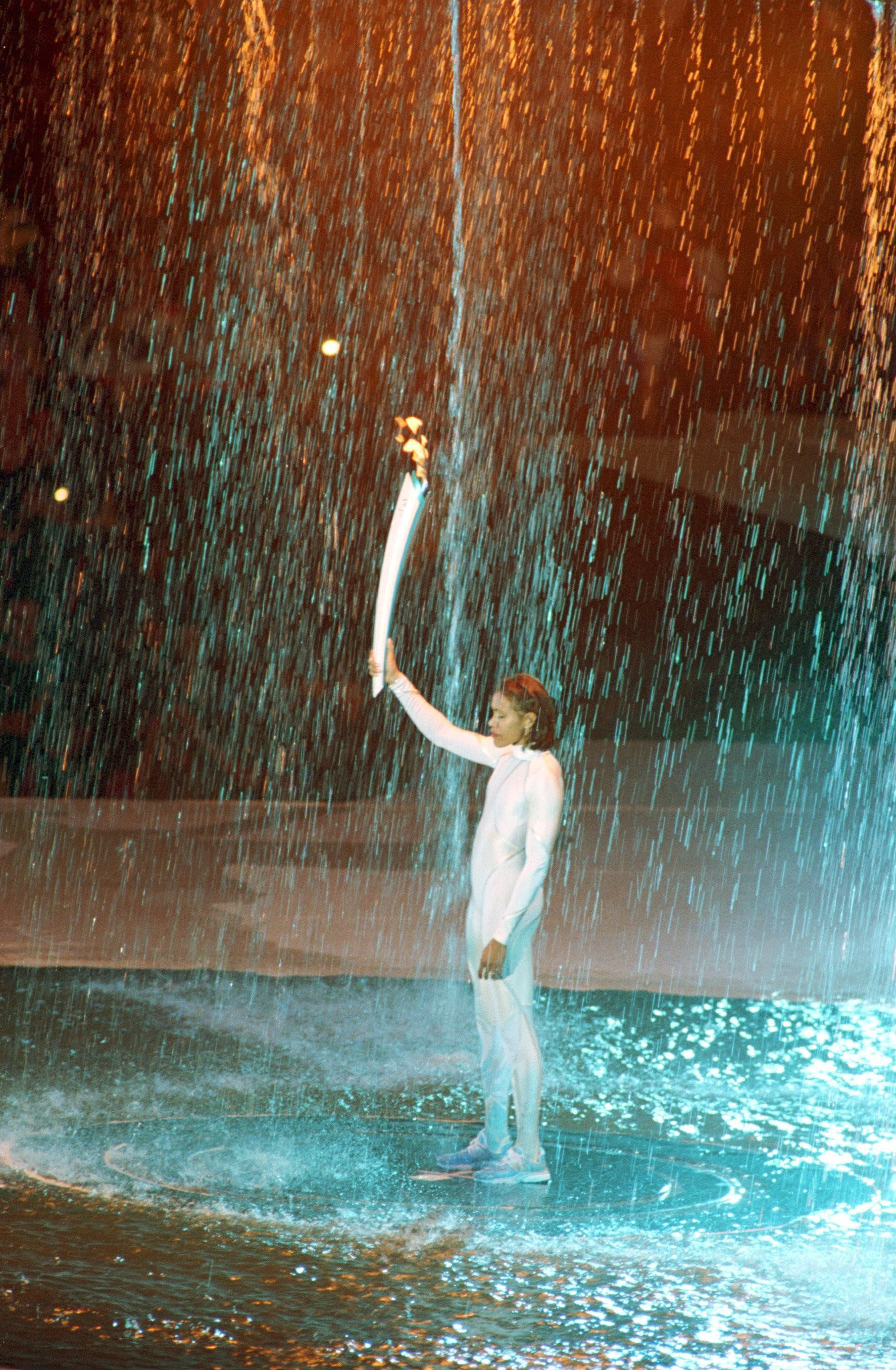 Cathy Freeman had lit up the world marking the official beginning to the greatest show on earth.

Ten days later, she lit up the track in the women’s 400m metre final.